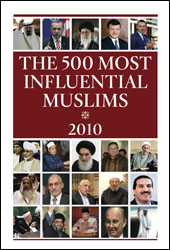 Al Tariq is proud to announce that Khaled Abu Awwad, our Executive Director, was chosen by “The Royal Islamic Strategic Studies Centre” as one of the 500 most influential Muslims in 2010. The Royal Islamic Strategic Studies Centre is an independent research entity affiliated with the Royal Aal al-Bayt Institute for Islamic Thought, an international Islamic non-governmental, independent institute headquartered in Amman, Jordan. The book can be downloaded here.

Since 2000, when Khaled’s brother was killed by the Israeli military, he has worked with the Parent’s Circle Families Forum to build opportunities for peace and reconciliation between the two nations.  Today he serves as the Executive Director of Al Tariq, the Palestinian partner of the Parent’s Circle, and works on several development and peacebuilding projects in Palestinian and Israeli society.

Non-profit working for development, democracy and peace.
View all posts by altariq →
This entry was posted in Awards, News and tagged al tariq, awards, khaled abu awwad. Bookmark the permalink.